Rescued in California and brought to Colorado, Eddie, a bulldog mix, didn’t have a great start at life. While scrolling through pictures of dogs at a local rescue, a couple, dealing with the loss of another dog, happened upon Eddie’s picture. Sounds like the makings of a movie, doesn’t it? For Paul and Gail, it actually happened to them over two years ago. Their lives haven’t been the same since! 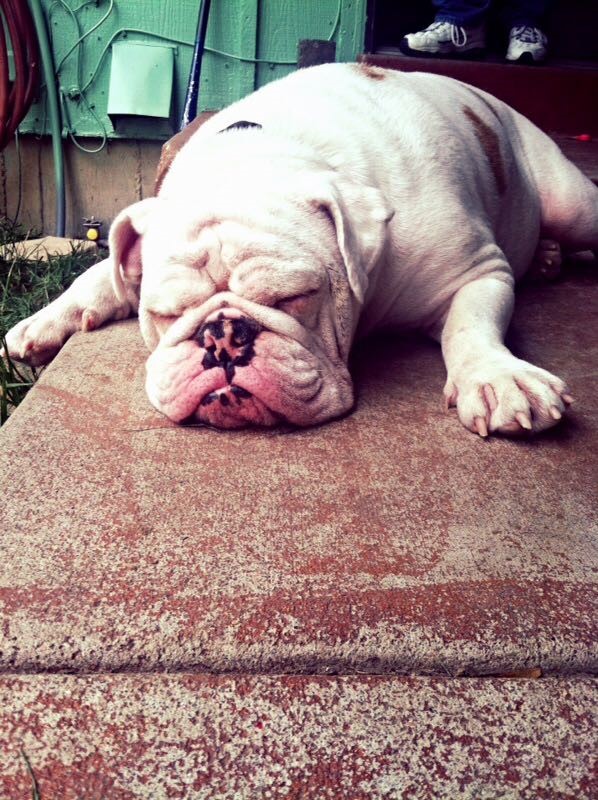 What made you decide to get a dog? Why a bulldog?
From the very first time I played with a bulldog, I knew that was something I just had to have. My first English bulldog was a female named Maggie. Eddie is my second [dog] of this breed. If it was up to me, I’d have at least four of them.

How did Eddie come into your lives?
After we lost Maggie, I kept my eyes open for a rescue. I signed up for every bulldog rescue site in four states. Gail was kind of thinking we would like to get a German Shepard. She found one online at Big Bones [Canine] Rescue and when I went to look at his picture, and was scrolling through all of the dogs they had, I found Eddie. We went and saw him that night and it was love at first sight. He was nearly bald, filthy dirty and covered in dirt but playful and funny and just beautiful. He had mange and was losing his hair. It took a long time for him to recover.

What is his exact breed of bulldog? How old is Eddie?
Eddie is a mixed breed English bulldog. He looks like a purebred except he has a longer tail. Since he’s a rescue out of California, [we] will never know what his specific breeding mix is. He just turned 4.

Since you got Eddie, what is the most memorable thing that has happened?
Probably one of the most memorable things about Eddie was the day that the rescue brought him to our house for a home visit. His kennel [at the rescue shelter] didn’t have any grass in it. It was like a loose pea gravel and [it was] very dirty. Eddie flew through the back door and ran around and started rolling across the lawn like a toddler. It was as though he’d never seen or felt grass before. The rescue people were amazed and said they’d never seen a dog react like that before. It was obvious he had found his home. 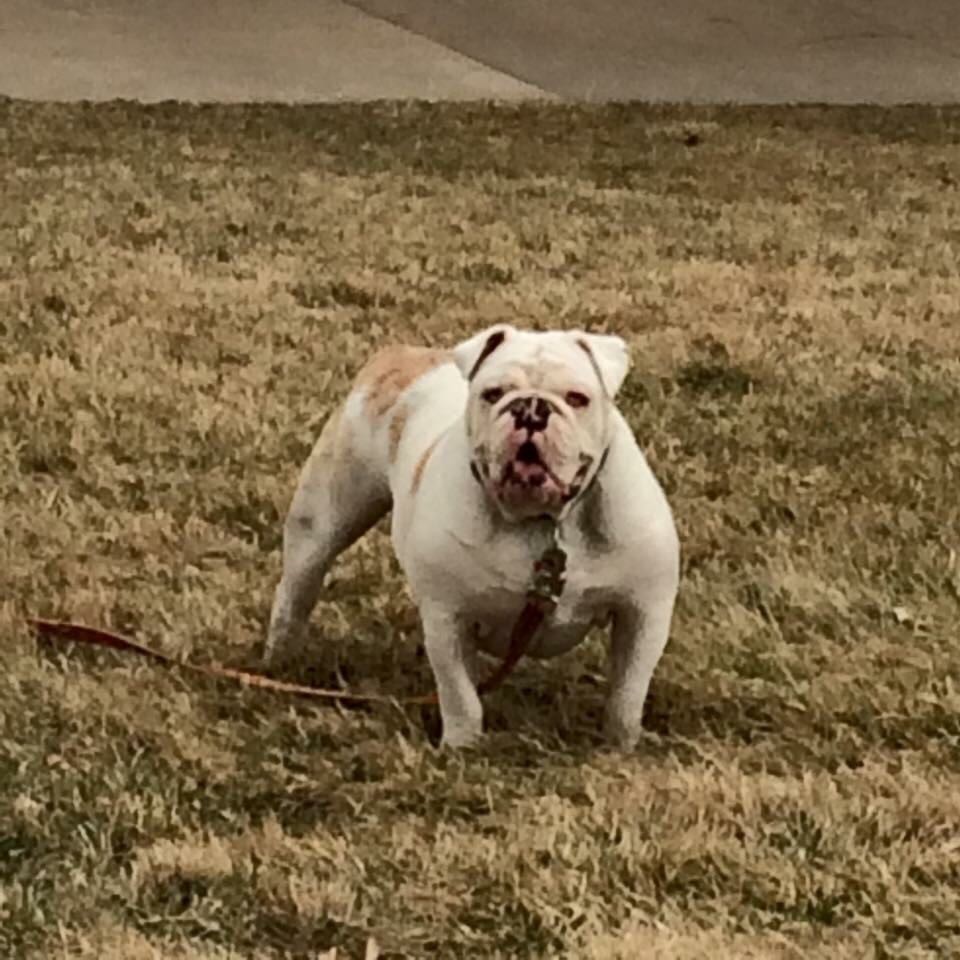 What makes him tick? Is it a favorite toy, a walk outside, a play date?
It’s hard to pin down exactly what makes Eddie tick. He loves walks, he loves other dogs, he loves kids, but mostly he loves food. He will sit there and drool a puddle onto the floor just watching somebody eat. 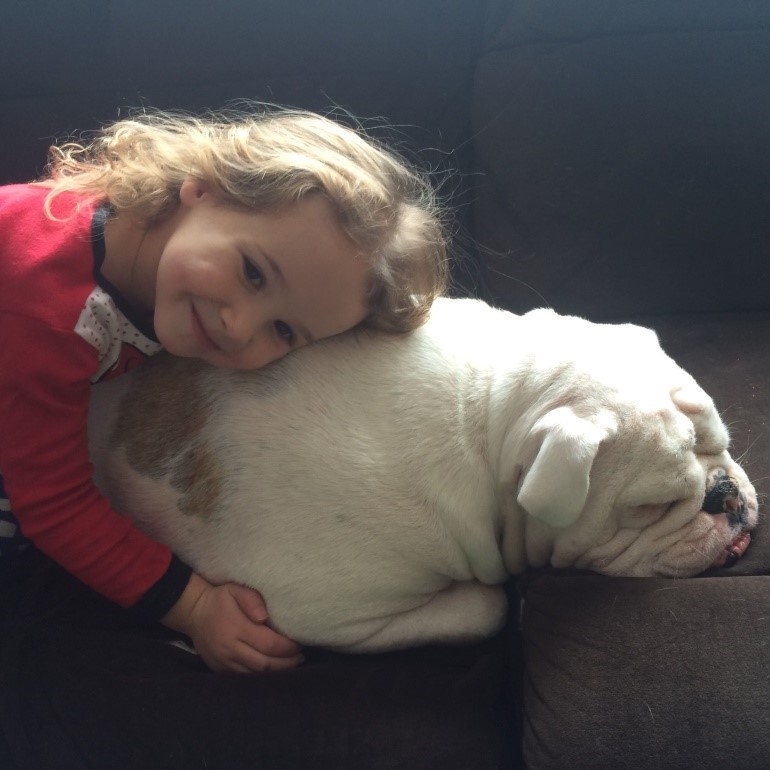 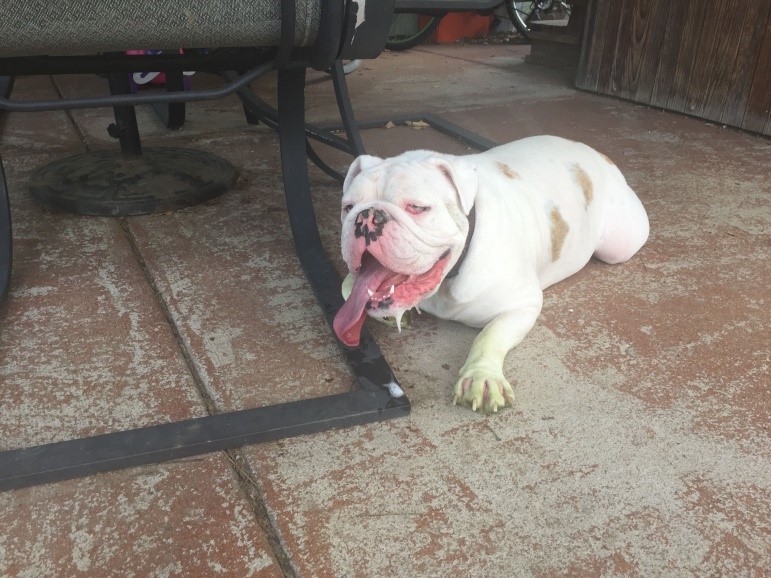 How is he with your grand kids?
Eddie absolutely adores our grand kids. They can pull out his ears, pull on his legs or sit on him. He just follows them around hoping that they will drop some food or leave it down low enough where he can snatch it.

Is Eddie your only pet?
Eddie is our only pet but only because Gail won’t allow me to have multiples. I would want to have at least two and even better would be four. There’s nothing as entertaining as watching a little pack of bulldogs running around playing.

In what ways has Eddie made your lives better?
Eddie makes me laugh every single day, multiple times. He just runs around like a maniac followed by hours of rest and he’s just crazy. You would have to be around [an] English bulldog to truly appreciate the breed. 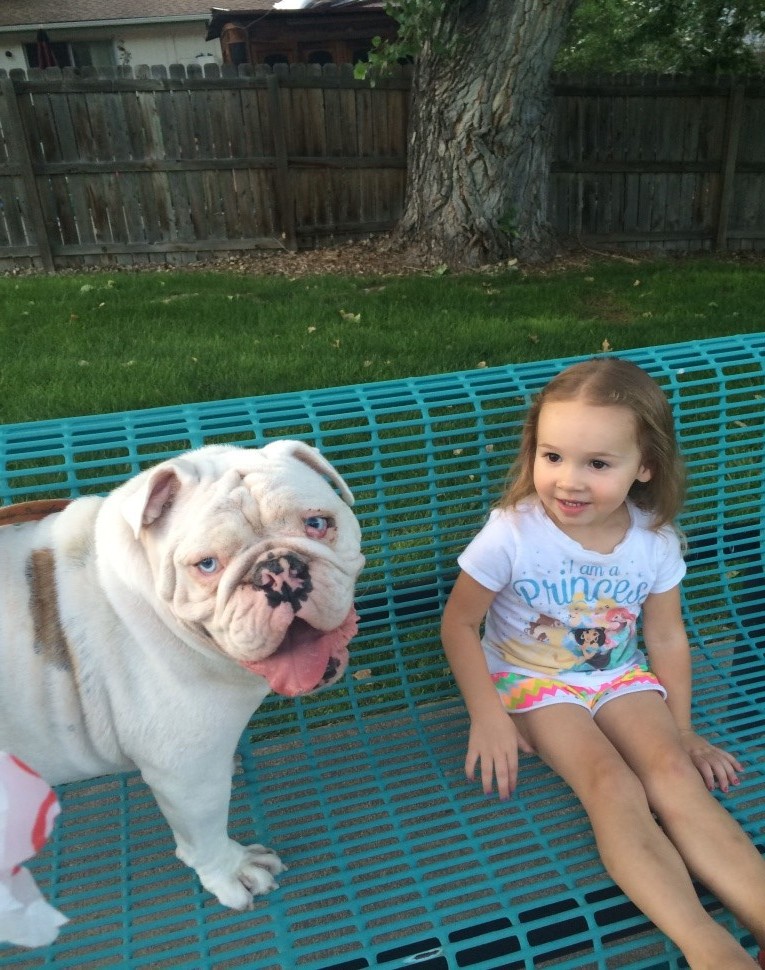 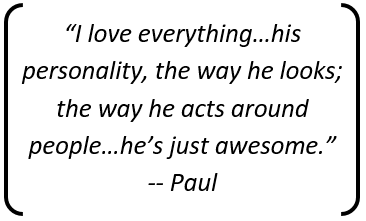