If you have been following a certain story regarding two worthless pieces of shite named Andrew (22) and Daniel (19) Frankish of Redcar, U.K., you would have probably gotten physically sick, cried, screamed, and dreamed of countless ways they should be tortured because it would be the right thing to do, without question, and without pause.

If not, there is a video of what they did that I strongly urge you, DO NOT WATCH. We should not give the satisfaction to these two mistakes of intercourse of making us react to their horrific actions. 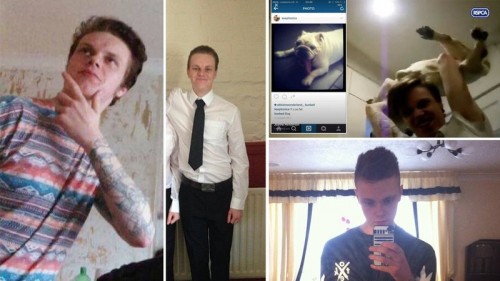 A video that was found in a supermarket on a portable storage device outlines the most vile and disgusting torture of an English Bulldog in the history of video tapped animal abuse. According to the a petition on Change.org the video shows, “the poor animal was repeatedly thrown down flights of stairs, “pile driven” into the ground from head height, swung around, and stamped all over. “Baby” was put to sleep three months later after losing the use of her hind legs. This was all captured on camera, and it is clear it was for their sick enjoyment.”

Truthfully as the operator of this site, I am having a hard time even putting this article together because I’m sure many of you will feel the sense of loss and anger … and maybe some very dark thoughts about what should really happen to these people the same as me.

However, I decided to post it because we must change the laws on how animal abuse is prosecuted. The only way we can effect change is to demand that actions be taken locally, statewide, and at the federal level. There is simply no reason for someone to abuse an animal. If you don’t like them, don’t get them, trust me, an animal doesn’t need you if you just plan to cause it harm. And this is truly a case of the punishment not fitting the crime.

According to an article on theladbible.com, “Despite the footage showing that these scumbags clearly enjoyed torturing the innocent dog, they were both given just 21 weeks in prison which was suspended for two years along with a tagged curfew for six months.” This has sent much of the community of animal lovers and activist into a furry, with numerous reports of how the two pieces of trash have had to seek police help from threats of violence against them… the only thought I have on that is if the police could maybe not answer the phone, the community could forgive them this one time.

I’m encouraging you to sign the petition at change.org and make it go viral, I would love to see millions of signatures on it from around the world… it isn’t my petition, but I signed it and I hope you do to, and I hope even more that you share this story with every animal lover you know so that real change can be made. Share this story with people in power that can write legislation to appropriately deal with psychos like these two wastes of oxygen below. 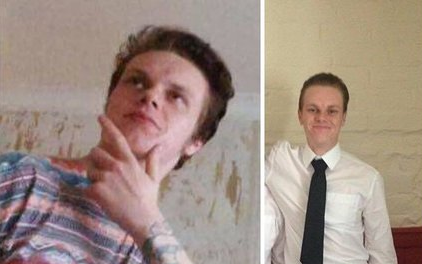 Sign the petition on Change.org here – make sure to pass it to anyone you know in the UK and ask for their signatures to:

Warning: There is a link to the video that was found on the petition page showing the acts committed. Again, I urge you do not watch it. I would suggest if you need something to watch, view this video instead, it’s the community placing flowers and remembrance in front of the home where the horrible act took place.